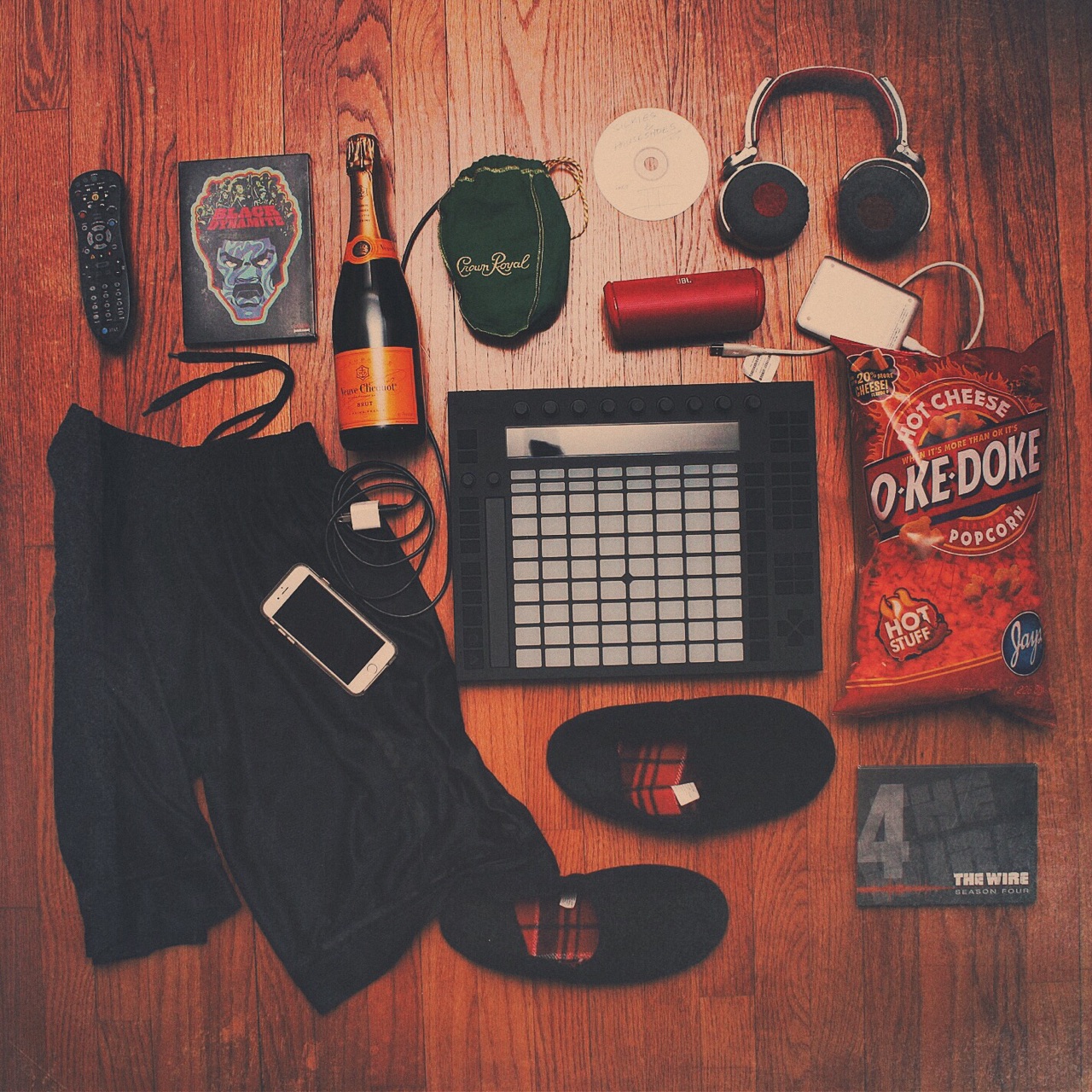 This week’s Milwaukee Artist(s) of the Week are Tay Butler & Haz Solo, Milwaukee emcees with style for miles and a flow to match. A veteran of the Milwaukee’s hip hop scene, Tay is on that ever elusive quest to be declared mayor, and if his rhymes are his campaign, then he’s definitely getting lots of votes. Haz Solo is also a legend in the making in his own right, with an impressive discography full of great production and clever wordplay. The duo’s latest offering is “Silkies & House Shoes 2”, the follow-up to last year’s well received collaboration album. The tape has already gotten crazy exposure, and deservingly so.

SNHS2 kicks off with an intro discussing the current state of things in Milwaukee, and then “Miller Brewed”, in which Haz and Tay begin trading verses over the slicker-than-most production. Tay does a great job of describing both emcee’s sound when he says “so so classic, flow so modern”. Mid-track, things switch up, and gets even funkier, with the two going line for line with each other. Then, in the same track, things smooth out. Essentially, the first real song on the project could be three different tracks, but combined, it makes for an absolutely bonkers five minutes.

“Come Home With Me” is Haz’s style from the jump, with a grainy vinyl sample dictating an ultra laid back flow. Both get a chance to go off verbally with clever lines, making it sound effortless in the process. That leads into “The Glue”, centered around a beat full of thick percussion. Tay takes the intensity up on his verse, talking passionately about how Milwaukee handles their business, and Haz taking the calmer route. It makes for an interesting dynamic, and an entertaining track overall.

At this point, we hit a trio of songs that aren’t produced by Haz Solo; “Smack Tape” (CAME One), “Old Plair” (Deonte Hayes), and “Always Gonna Be Good” (Propa). While Haz has his own unique production flair, these tracks don’t sound out of place at all. To boot, the duo go bananas on the tracks as well, going the hardest on single “Smack Tape”. “Old Plair” brings things down a bit, but that flow comes back with Propa’s beat on “Always Gonna Be Good”. Not that anyone was doubting it, but Haz and Tay prove that they can take anyone’s production and make it that much greater with their delivery on it.

The closing section of this album is more of the same, stylish sound. “Modest Menace” is Haz’s chance to meditate over a spacy beat, and “Distilled Lovers, Parts 1 and 2” keeps that vibe. The first half of the latter track is a grainy, retro love song with a new-school flow over it, and part two gives the subject matter a modern reboot. The two keep rhyming, as they hit the outro with verses, as well. The bonus tracks, “Beat” and “Cuban Linx” give the two a chance to step outside of the box. “Beat” is instrumental, as you could probably guess, but does so much to show off Haz’s skilled production. “Cuban Linx”, produced by Derelle Rideout, is one last swing from the duo, as they do more than their share of spazzing over a backpack beat. All in all, they don’t necessarily meet the style of the rest of SNHS, but that’s why they’re a bonus.

Bottom line, “Silkies And House Shoes 2” should be your favorite rapper’s favorite album. Applause all around. Check out the project below: