KELLy: Sharing Positive, Upbeat Sounds With The World, This Artist Continues To Take Making New Tracks In His Stride

Connor Kelly has been under the artist name KELLy for some time now, creating a shift as his music continues to shape and develop into sounds that encapsulate his fanbase. His newly dropped track, About Time, explores the feeling of love in a romantic nature, being universal and relatable to people all over the globe. Whilst fans can connect with the realness of the lyrics and feelings encased within this track, people are also attracted to this song due to its feel-good beat.

Describing his sound as almost robotic and angelic with a hint of a devilish nature, it’s clear that KELLy is aiming to approach music in a unique and contemporary way from artists who have gone before him. Whilst this is the case, nothing will make KELLy forget his original influences, including Travis Scott, Kurt, Jim Morrison, and all tap dancers. Taking inspiration from what these artists have brought to the creative industries, KELLy is currently listening to Nirvana to delve even deeper into music. After all, any artist surrounding themselves with popular music can admire and appreciate talented beats, following in the footsteps of successful musicians who have guided many younger generations. Most wanting to collaborate with Lil Nas X, this artist is hoping to make an even bigger mark on music in the near future.

With no set songwriting process, KELLy admits that his tracks come to him randomly, whether this is a spontaneous idea or an inspiration from a particular experience he has been through. Whilst previously constructing all his own beats, KELLy now takes a backseat with this, although still has a crucial role in this production process. He claims how important it is for people to know that his hard graft is down to him, hinting that his motivation in this industry will soon make him an inspiration to future generations hoping to break into music.

Making the best out of anywhere he performs, KELLy specifically noted DOBBS in Philly as a highlight performance, enjoying connecting with his fans and the energetic atmosphere to go with it in this rock and roll night. Whilst this artist is still trying to build up his fanbase on social media, KELLy remarks how much his supporters mean to him, whether this is from attending gigs to following him online. With this artist continuing to do what he loves in producing music, it’s clear that fans can expect more to come from KELLy in the near future!

Listen to About Time today on SoundCloud. 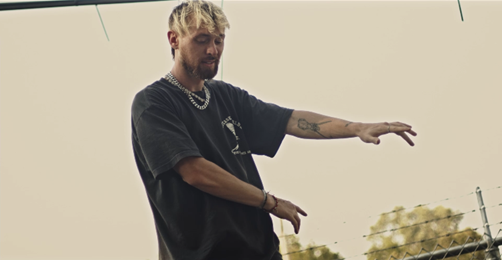