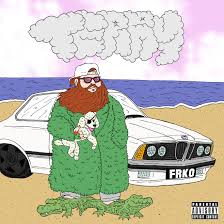 Bronsolino is back. After recently releasing the cover art for his major label debut, “Mr. Wonderful”, Action Bronson dropped another single from the album, “Terry”. With a jazzy, authentically New York sound to it, Bronson does his thing on the track, making me even more excited to hear the album when it comes out. The album is due out in stores March 24th, and I’m sure that we’ll get even more from him before the release date. In the meantime, check out “Terry” below: