James Zero: Being Exposed to Different Genres From A Young Age, This Artist Has Now Found An Incredible Signature Sound

Pennsylvania-born multi-instrumentalist, music producer, owner of the alternative-rock label, Anything But Kountry, James Zero is an old, creative soul, bearing many talents with the music industry. Being exposed to many different genres at a young age encouraged this artist’s talent to grow in music, with him even learning how to produce his own music. Working with and receiving support from international artists of all mediums has helped Zero construct his signature sound, a truly unique blend of indie, blues, and rock. This stand-out sound has helped Zero capture the attention of many listeners in his music so far, setting high expectations for his upcoming release, Oceans (& Other Bodies of Water), an album constructed of seven organic jazz and blues ballads including the feature, Watermelon, which you can check out below. All the songs featured on the album encompass a Christian gospel theme and circle around ideas of maritime events. Zero hopes that his music can offer his listeners spiritual healing and notes that fans will be able to appreciate the singer-songwriting aspect of his new album.

Inspired by Madeon and Porter Robinson, Zero really admires the effects placed on their vocals, whilst he has been influenced by Matty Healy’s songwriting with The 1975. His sound captures a backpack emo vibe, splurging emotional melodies with intricate production and melancholy themes. Currently listening to a range of genres such as indie hip-hop, chill rock, and pop, it’s no surprise that Zero has been able to branch out and experiment with different sounds in his own work to date.

Currently having written over a staggering 600 songs to date, it’s clear that Zero has a passion for making music and sharing it with the world. Often making music before the lyrics, this artist takes pride in being self-driven, producing his tracks by himself with nothing but hard graft and pure talent!

Admitting that he’d love to collaborate with Virginia-based band, Burn the Ballroom, in the future, it’s clear that Zero has ambitions to break the boundaries of his music career and inspire fans of his own. With this artist thoroughly enjoying doing live streams from his studio in Pennsylvania, this show, named The Winter Station, hosts a variety of artists from around the world playing instruments with Zero himself. Fans can expect Zero to develop this channel more on YouTube, although should also stay tuned on social media where Zero loves to catch up with fans and display his current events. This artist enjoys doing what he can in music to display and promote the rights of LGBTQ+ people around the globe, not only sharing enjoyment and talent with his fans but also increasingly important messages. 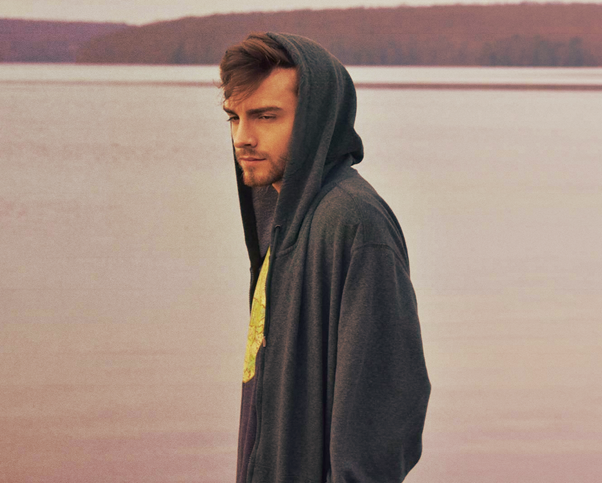