Marz Landing is a Punk Pop/Rock band located in Nashville, TN. The band was formed by 22 year old, Luan Seguim, and 21 year old, Isaac Minddendorf. They have a very bright and forward sound with theatrical elements such as chants, transitions and even effects. They try to make their songs unique and different; their band’s name is something out of this world, and they want their music to be like that too.

Hailing from Indianapolis, IN, Luan Segium has a rich background in musical theatre and classical vocal training. He is the frontman of Marz Landing. Bringing his style and influences into their music gives it a bright and punchy sound. He is commonly compared to Panic! At The Disco, KennyHoopla and U2.

Isaac Minddendorf, the main producer and lead guitarist of the band, hails from his home town of Nashville, TN. Growing up in Nashville taught Isaac to break boundaries and revive his true passion for punk music. Some of Isaac’s inspirations include The Ramones, Sex Pistols and Blink 182 to name a few.

Austin Mondlock is a new member and is the bassist of Marz Landing. Overall, the band considers their sound to retro punk rock with a twist of modern infusion. Brining us classic riffs with new vocal and structural approaches, giving them a fresh and new punk sound, with theatrical elements. For fans of the punk genre, Marz Landing would be a considerable alternative to the new punk era.

“Rockstars Of Tomorrow” is the band’s debut single. It is a new way to look at punk music and pay homage to its history. The creative verses highlight bands like Blink 182, Kiss, Queen and Elton John, and they also poke at the mainstream rap music industry of today. The second verse discusses the emotional connection to the art a band creates: a song.

In regards to the meaning on the song Luan said: “Today’s music is being written about what it is to be a Rockstar. Rappers are not Rockstars! They only highlight the stupid little things like money, sex, and fame. They forget the poise and symbol that a true star embodies; they forget the music.”

But their debut release is also so much more than that. It tells a story in a distinct style, showing their individuality from mainstream music and from punk music as a whole. It’s creative and unique, and an overall enjoyable experience to listen to. It gives people a new sound and new message, a way to feel happy listening to music again if they’re sick of the repetitive music and subliminal messages. It’s a must listen for fans of Panic at The Disco!, Blink 182, Greenday or KeenyHoopla.

The songwriting process was a team effort. Isaac made the instrumental, and Luan wrote the lyrics with the help of his girlfriend, and the team’s Creative Director Anyssa Camacho. Austin added even more to it structurally. It was a fast process even though they went through several mixes stages and even some re-recording stages. They were satisfied with what they got at the end and even more proud that they fully produced it themselves.

They would love to collaborate with not just some of their idols like New York Dolls, ACDC, Elton John, and My Chemical Romance, but also with other smaller artists to pave a new path for independent music. The band loves performing, be it in a bar, theater or coffee shop. The beauty of music is that you can play it anywhere. But, they want to perform on main stages in their home towns though.

Marz Landing believes that they need to adapt to change, and be a part of change. Social media is one such change in the music industry, it can change a group’s look, name ane image for better or for worse. They hope to do it for the better, so they use their social media to just spread the love. If anyone feels lost, they’re here to uplift them and increase confidence levels among their fans.

They would like to tell their fans to prepare for the madness and the new culture of music that they are going to bring to the table. ‘Rockstars Of Tomorrow’ is the opener and lead single to their debut project EP called “Marz Landing”. It is a tribute to their roots and they plan to create a cinematic universe through their videos and shows. The project tells the story of a group of isolated teens in a complex universe. So stay tuned!

Listen to ‘Rockstars Of Tomorrow’ by Marz Landing on SoundCloud and Spotify. 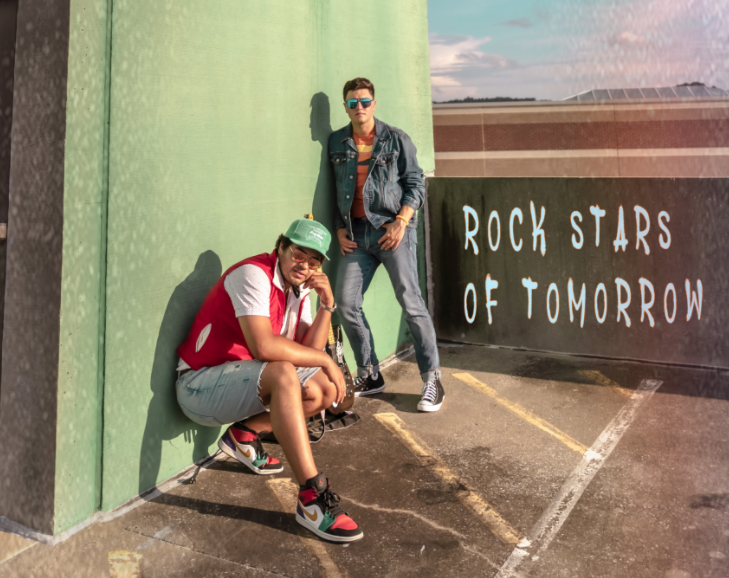