Southside Matt Talks About Past Trauma In His Emo-Rap Songs

Southside Matt is a 22 year old artist from Gqeberha, South Africa. He currently resides in South West London, but a large percentage of Southside Matt’s listeners are from the USA. Possibly because the style of music he creates is heavily influenced by American rap and South African hip hop. Southside Matt makes alternative rap music which takes influence from emo rap, trap, drill, dancehall, pop, amapiano, house and some other EDM styles. He is currently still finding his sound through experimenting with multiple genres.

The artist is open about making many mistakes early on in life. He speaks about getting involved with drugs at a young age and later getting involved with gangs, dropping out of school at 16 years of age. Matt learnt from his mistakes and is trying to channel his past experience and feelings into his art. He has been recognised for his craft at early stages in his career by some highly regarded rappers, label owners and celebrities. Rick Ross being one of them; he asked him to become a representative for the Belaire brand.

He started off as a producer and used to DJ and host events when he was 14. His early experience helped him gain more opportunities, and his only regret is not starting to record sooner. He currently has 22 singles released as he started releasing music at the end of 2019. During the pandemic, he started recording his own music from his room, making music to improve his mental well-being by dealing with past trauma. This makes his music extremely relatable to his fan base.

He is enthusiastic about the music industry and spends a lot of his time finding new, underground artists to listen to and collaborate with. Many of these underground artists are featured on his debut project which is a mixtape titled “Traumatised”. There are 17 songs on the mixtape. The project features different styles like UK drill, dark trap, emo rap, pop punk and more. Southside Matt is a highly versatile artist who has a unique sound on every style he touches. The artist said, “Anything different will always be superior in my eyes, I’m not here to do something that has been done before. I believe art is about evolution and pushing boundaries.”

“Street Jesus” is a song featured on his mixtape ‘Traumatized’, which embraces both UK Drill and Emo Rap styles in one song. In the song, Southside Matt speaks openly about mental illnesses, like PTSD. He believes that many of his listeners have been through some kind of trauma in their lives, hence it’s important to encourage them to acknowledge and embrace what they’ve been through.

The artist often produces his own beats and has also produced for other people before but has recently been working with Madeinromee, a 15 year old producer from Zimbabwe. He has great vision and isn’t afraid to blend styles. The beat is a UK Drill beat that has sounds like it’s blended with RnB characteristics. Southside Matt’s writing style on the song takes influence from emo rap and drill. He likes using melody on drill beats. His musical influences are Juice WRLD, Yung Lean, Kodak Black, Trippie Redd, Lil Peep, Xxxtentacion, Kid Cudi and Chief Keef.

The artist can write lyrics without listening to a beat, but having a good beat definitely makes things easier. If someone sends him a beat that he likes, he can easily finish a song within 2 hours, all from writing to mixing. ‘Traumatised’ is his very first project but he doesn’t see it as his own project. It’s SSG’s project. He plans to release his debut album near the end of this year. Since he only started recording music recently, he has not performed on stage yet. However, he is excited to perform alongside other members of Outcast Society soon.

Social media is a way for him to discover new artists and connect with listeners. Connecting with listeners doesn’t always mean hearing what you want to hear, his fans can also let him know if they’re not feeling the song and that feedback helps him improve. He wants to use his platform to remind the fans to never forget what they’re capable of. There’s no reason to doubt themselves, because if they have the vision, they can get there. He tells them to keep doing what they’re doing and not let others limit them!

Listen to ‘Street Jesus’ by Southside Matt on SoundCloud. 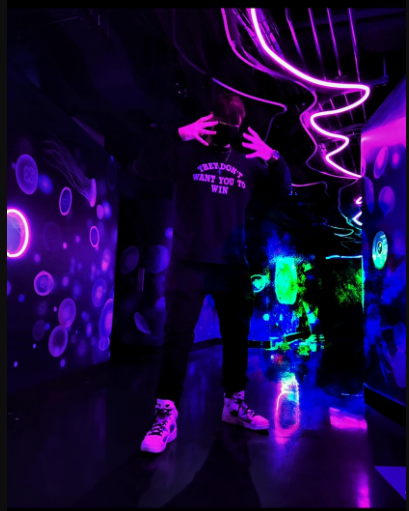